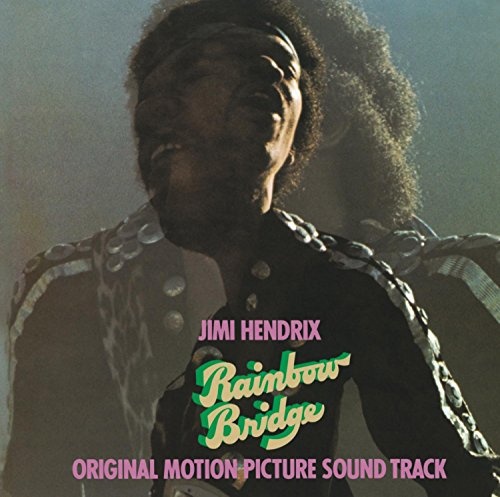 Back when Rainbow Bridge was originally released, it was actually among the best of the posthumous Hendrix releases. Billed as "the original motion picture soundtrack" (it wasn't, really), it was a mix of excellent, finished studio tracks and a couple of live tracks. Despite this, it's understandable why it didn't appeared in the digital realm until 2014 (officially, at least).

Once the estate went back to the Hendrix family in the '90s, three of the tracks from Rainbow Bridge were used on the album First Rays of the New Rising Sun, which had previously only existed as Jimi's hand-written track listing. The remaining tracks were orphaned out on various box sets and compilations. So while all the tracks on Rainbow Bridge have been made available elsewhere, it's nice to finally have it assembled the way the original LP was, with excellent remastered sound (not just for the old-timers who had the LP the first time around, but for others who don't necessarily want to shell out for the box set needed to gather these tracks). Highlights include overlooked gems like "Pali Gap" and Jimi's rarely heard studio version of "The Star Spangled Banner," which is made of multi-tracked guitars and basses.