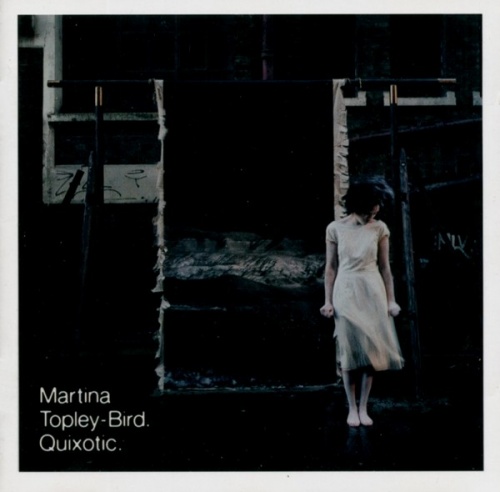 Longtime Tricky chanteuse Martina Topley-Bird's solo debut is a fine but entirely inoffensive affair, and thus perhaps exactly what the doctor ordered for her trip-pop-adoring admirers. For the most part, Quixotic sees Topley-Bird straddling tasteful chillout vibes with patches of soul, blues, and rock thrown in for good measure. The far too short "Intro" is the deepest excursion into Topley-Bird's blues jones, and if it were just another minute longer, it would be worth the price of admission on its own. The appropriately titled "Soul Food" sees the singer donning her very best Dusty Springfield garb. Just a touch too commercial and plastic, the song is still a wonderful showcase for Topley-Bird's beautifully sweet voice. Similarly geared toward the Top 40 is "Need One," a collaboration with Queens of the Stone Age's Josh Homme. The track is certainly catchy, but its airy background vocals drown out Homme's contributions. "Too Tough to Die" and "I Wanna Be There" round out the rock tracks and present another dose of mimicry: Topley-Bird's snarling aggression on these two tracks positions her as an absolute dead ringer for Rid of Me-era PJ Harvey. With other collaborators such as David Holmes, David Arnold, and Tricky himself lending helping hands, every note, sample, and genre flourish feels exactly in the right place. The album showcases both Topley-Bird's range and her gorgeous voice, and while its stylistic shifts make for a consistently engaging listen, one can't shake the sense that specific musical formulas are in place at every corner. Still, most listeners will probably revel in the album's eclecticism, as Topley-Bird is an absolutely first-rate musical and vocal chameleon. Satisfying but rarely challenging, Quixotic is a fantastic start to a solo career, and its display of range, talent, and charm suggests that Martina Topley-Bird has an endless well of creativity at her disposal and that she is most likely destined for greater things.