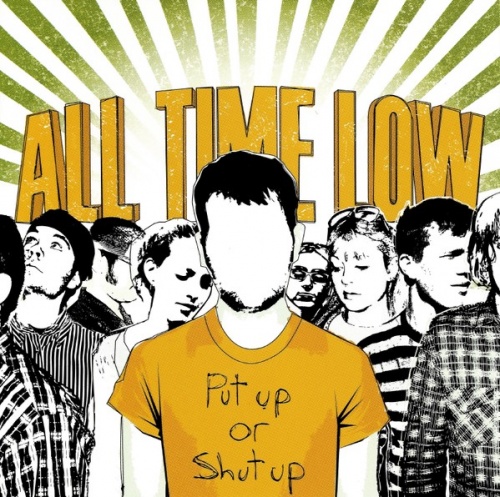 Only 30 seconds into Put Up or Shut Up and it's pretty apparent that this has all been heard before -- more times than one could possibly count. All Time Low plays unabashedly earnest and summery pop-punk like the Starting Line used to play before they took a stab at "maturity" and experienced severe growing pains. Mostly featuring new recordings of older material from 2005's out of print The Party Scene, the band's Hopeless debut is bright, energetic, catchy, and practically pleading to be repeatedly blared from the car stereo over that last high-school summer before senior year starts. Their music reeks of youthful exuberance and fleeting innocence (though all of this should come as no surprise since the guys signed on with Hopeless during the final months of their senior year). So while there's nothing really new or innovative among the EP's seven songs, it's at least refreshing that All Time Low make no stabs at pretending to be something they're not. Sure, they may sound like honor students from the Green Day and blink-182 school of music, but at least they cite the aforementioned bands as influences instead of reaching for some obscure point of reference. And, well, that's gotta be worth at least a few points in their favor. Like the rambunctious younger brothers of Cartel still figuring things out, All Time Low still have plenty of room to grow sonically and lyrically past the sugary-sweet hallmarks of most of their peers. But even so, there's already plenty here to satisfy scores of undersaturated ears.