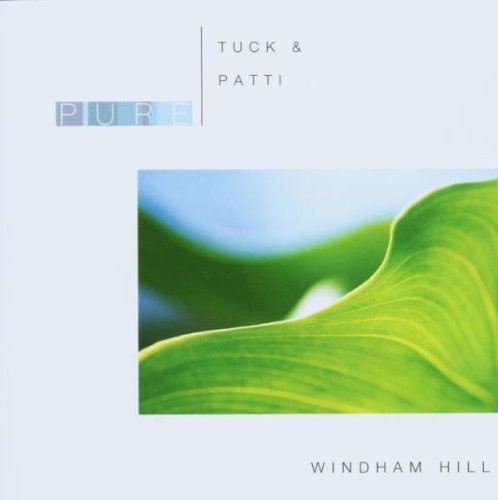 The third album on Windham Hill from the husband-and-wife duo Tuck & Patti is yet another collection of some of the best songs from their extensive discography. Culling covers and originals from their 1988 debut, Tears of Joy, as well as from 1995's Learning How to Fly and 2000s Taking the Long Way Home, among others, Pure Tuck & Patti also includes a previously domestically unreleased cover of Eric Clapton's "Tears in Heaven," complete with additional lyrics. For those unfamiliar with the duo's work, Pure Tuck & Patti is a good introduction to them. The songs represent their sound: subtle, descriptive, and delicate, with commanding guitar lines from Tuck Andress (two of the tracks, "Getaway" and "Body and Soul," are instrumentals, and really show the power of his playing) blended perfectly with Patti Cathcart's rich, expressive voice. The timbres of the two instruments practically melt into one another in Cyndi Lauper's "Time After Time" and Stevie Wonder's "If It's Magic." It's romantic, lush, sentimental music; a fitting release from Windham Hill and a nice overview of Tuck & Patti's career and sound, which seem to show no signs of changing as time passes.