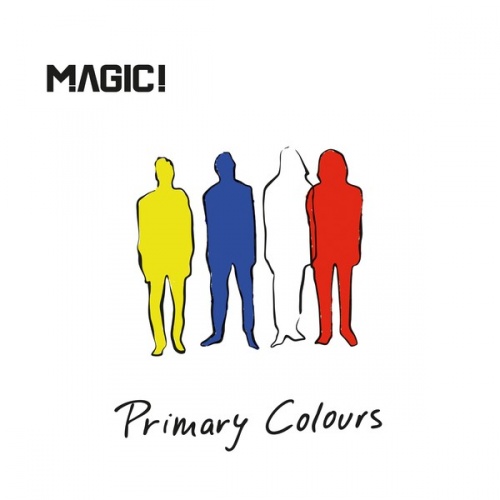 With Primary Colours, Magic! prove they're nothing if not savvy. Wisely, they released their second album during the summer, the natural habitat of reggae-tinged songs like their 2014 smash "Rude." If possible, Primary Colours feels even more indebted to that single than their debut album did. On Don't Kill the Magic, it felt like Nasri and company tried everything they could to see what would stick; here, it sounds like Magic! figured out what people want from their music and delivered exactly that. The result is a set of precisely engineered songs full of good vibes, catchy hooks, and goofy lyrics ("Your beige is a maze/Your canary is scary" from the title track being a prime example). With its good-natured macking and loping beat, "Red Dress" is virtually a "Rude" clone; "Lay You Down Easy" feels even more like the quintessence of reggae-pop, right down to its Sean Paul cameo; and "No Sleep," which finds Nasri up at the crack of dawn to raise a family instead of the roof, features the storytelling that sets Magic! apart from most other 2010s pop acts. There's a strong '80s influence on this song and elsewhere on Primary Colours, from the new wave keyboards and UB40 allusions on "Gloria" to the festive "Have It All," which sounds like a fusion of the breakdowns on "All Night Long" and "Wanna Be Startin' Somethin'." As on Don't Kill the Magic, there are a few sleepy ballads ("No Regrets," "I Need You") and defiant outbursts ("Dance Monkey," "The Way God Made Me") that offer some variety, but mostly prove that easygoing pop is the band's forte. Even with these detours, Primary Colours is a much tighter, more enjoyable album that shows Magic! can craft ultra-summery songs confidently and consistently.