For his tenth full-length album, Playin' Favourites, British smooth jazz giant Peter White decided to, as the title suggests, turn to some of his favorite tracks from the '60s, '70s, and '80s, giving each of them his own interpretation (he did a similar thing in 1994's Reflections). Working with longtime producer Paul Brown, as well as musicians Boney James, Rick Braun, and Dave Camp, among others, White successfully turns the 11 songs on Playin' Favourites into instant crossover jazz hits. Mainly this means adding horns and keyboards to the background while the guitarist lithely moves around from the melody into lush improvisationally based solos, rendering them much slicker and smoother than they were before (although granted, he didn't have to do much to turn Bacharach's James Bond classic "The Look of Love" into something so adult contemporary). For many of the songs White chooses, the arrangements, albeit a bit sugary, transfer well, and create very soothing, clean pieces of music that could be used in any setting where being inoffensively unmemorable is a priority. But for his version of "Hit the Road Jack," though he uses just his guitar, an upright bass, some finger-snapping, and a male vocal quartet in an attempt to sound bluesy, he still loses a lot of the urgency and instinct that made Ray Charles' rendition so affecting and great. By moving from the soul and emotion of the late pianist and singer towards something more universally "palatable," White ends up not properly respecting the contributions and innovations Ray Charles brought to music, which is unfortunate, because honoring his idols was most assuredly his purpose in making this album. The record's not a failure by any stretch: there's still plenty of smooth jazz to carry the audience through the quiet hours of the day, but because Playin' Favourites is a cover album, and it doesn't do all of the songs included on it quite enough justice, it ends up falling a little short. 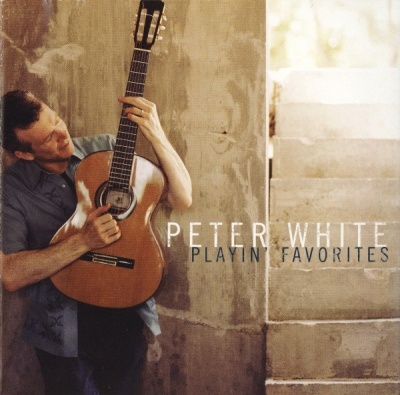