Platinum & Gold Collection was released on RCA Nashville/BMG Heritage, and that's an important distinction. Roger Miller was signed to RCA early in his career, before the big hits arrived. Those were primarily recorded for Smash, but he did have a few major hits before he switched from RCA to Smash. Those three songs -- "You Don't Want My Love," "When Two Worlds Collide," "Lock, Stock and Teardrops" -- are here, along with six strong early tracks that don't often show up on domestic compilations, such as the moody march of "Hitch-Hiker," the rollicking "Burma Shave," the sweet "Footprints in the Snow," and "Trouble on the Turnpike." Each of these had not been released on a U.S. CD prior to this compilation, and that's a valuable addition to Roger Miller's catalog, but unfortunately it's offset somewhat by the inclusion of early-'70s re-recordings of "King of the Road," "Dang Me," and "Chug-A-Lug" that kick off the compilation. Also, the Bear Family collection King of the Road covers these same RCA recordings and in a more complete fashion, so for collectors, that's the preferable choice. But for those on a budget who want a taste of the early Miller recordings, this isn't a bad sampler. 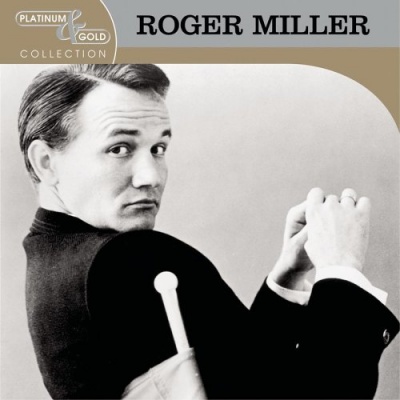