The Verve Pipe were one of the handful of post-grunge bands that had a hit in the mid- to late '90s that was ubiquitous, and then had the bottom suddenly fall out from underneath them. That hit, of course, was "The Freshmen," a pained, earnest mid-tempo dissection of a relationship gone wrong that the band's lead singer/songwriter, Brian Vander Ark, wrote years before the Verve Pipe had formed. Starting as an acoustic ballad, by the time it turned into a radio hit it was given a brooding sensibility, heavy on heavy guitars and echo, that didn't just fit into the post-Nirvana landscape of '90s modern rock, it epitomized how alternative rock was no longer underground -- it was a commercial juggernaut. If the Verve Pipe never had another hit to match "The Freshmen," it was not for lack of trying, nor was it for lack of material -- as their first hits compilation, Platinum & Gold Collection, proves, they had similarly hooky material that fit well into mainstream alt-rock radio. And they did have other hits, like "Photograph," "Villains," and "Hero," but while sturdy, none of them became a touchstone like "The Freshmen" since they had neither the immediate hook nor the universal subject matter of that single. The Verve Pipe might have been able to retain a small cult if their second major-label album, an eponymous 1999 effort helmed by superstar producer Michael Beinhorn, didn't tank, bringing their career down with it; by the time they released their very good, Adam Schlesinger-produced 2001 album Underneath, they were already considered a footnote to the alt-rock era. While they were by no means trendsetters, they were a solid, reliable band, and this compilation proves that out. This naturally relies very heavily on their one big LP, 1996's Villains, with three tracks apiece from Verve Pipe and Underneath and a live version of the Pop Smear favorite "Spoonful of Sugar" added as a closing cut. It's an excellent summary of their three-album stint with RCA, and while this music is emblematic of its time, it does prove that of the one-hit post-grunge wonders of the second half of the '90s, the Verve Pipe had one of the most consistent bodies of work. 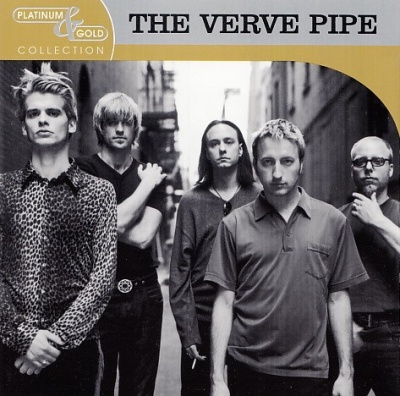