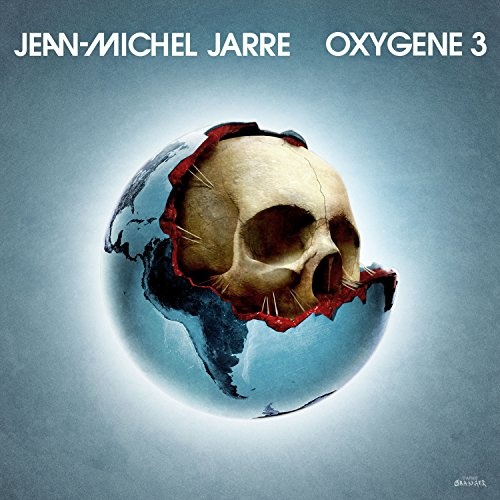 French electronic music innovator Jean Michel Jarre has revisited his signature work Oxygène numerous times throughout his career, through concerts, remixes, the 1997 sequel Oxygène 7-13, and a new master recording in 2007. Picking right up where the second volume left off, 2016's Oxygène 3 contains parts 14 through 20 of the composition. Jarre got the idea to record a new installment while working on his Electronica albums, which featured dozens of guest artists and paid tribute to the history (and future) of electronic music. Oxygène 3 takes advantage of updated technology, but generally sticks to the same moods and themes as the original. As with the second volume, there are more uptempo, trance-influenced moments, but it still keeps with the spirit of the original (probably even more so this time around), never trying to sound overtly modern or trendy. It's rich and adventurous but it never goes over the top, which is a relief. "Oxygène, Pt. 17" is the single, and it handily encapsulates the release in four minutes, with a bright synth pop melody and uptempo beats, as well as plenty of dazzling hi-tech effects. The second side starts off calm but gradually works up to more ecstatic moments. The final part is the most experimental, with synths that seem to constantly wind up and die down, as well as what sounds like wind, thunder, bird chirps, and other natural sounds. It ends with a significantly more subdued ambient section, but as it fades out to the sound of burning embers it somehow seems calm and resolved. As with the second volume, Oxygène 3 is a worthy release on its own rather than just a mere retread, and is well worth the time of anyone who was moved by the original.