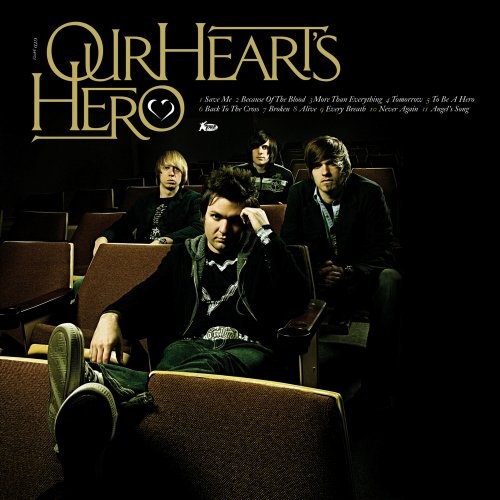 The self-titled debut by Our Heart's Hero fits comfortably into the mold of Christian radio established by prior kings of the airwaves Switchfoot. But in places where Jonathan Foreman would lead the surfer group into full-fledged rock, OHH play it safe just enough to remain in the accessible pop/rock arena. A gritty yet familiar sound graces the debut by this Ohio quartet, which is led by guitarist/lead vocalist Nick Joyce. The album rings with anthems that invite a return to righteous living. Co-producers Brent Milligan (Audio Adrenaline, ZOEgirl, Rebecca St. James) and Ian Eskelin keep the sound from being edgy, which serves as both strength and weakness. By making the CD more radio-friendly, the album suffers from a lack of longevity. Still, one can't argue with the band's knack for hooks. The cathartic "Every Breath" and punk-laden "Never Again" are examples of the band's potential for future impact. Our Heart's Hero signed to Gotee after amassing a large following on MySpace and selling over 20,000 copies of their independent album.