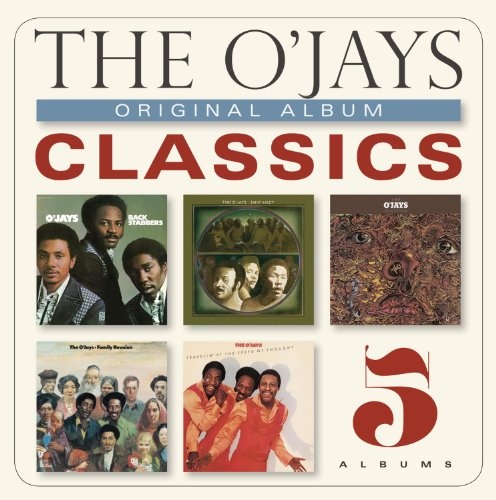 Not to be confused with a three-disc set with the same title, this particular Original Album Classics box contains five albums from the O'Jays: Back Stabbers (1972), Ship Ahoy (1973), Survival (1975), Family Reunion (1975), and Travelin' at the Speed of Thought (1976). That's the group's first five Philadelphia International albums -- all of which went either gold or platinum. When the compact, no-frills box was released in February 2014, it retailed for a price roughly equal to that of a decent two-disc anthology. It was a cheap way to obtain some of the group's most popular releases. Each one contained here is either good or classic.