When MGMT were asked by their record label for a list of their dream producers, with low expectations they sarcastically replied: Prince, Nigel Godrich, Barack Obama, and "not Sheryl Crow." Columbia returned with Dave Fridmann, the producer extraordinaire best known for his work with Flaming Lips and Mercury Rev. In typical Fridmann fashion, Oracular Spectacular is a glamorous mega-production through and through. Drums are massively distorted and shimmering keyboards are articulately layered as he takes the reins, leading the duo through his daisy chain of onboard compressors, delay units, and whatever other mysterious studio gizmos and gadgets he uses to get his trademark sound. Expectedly, the 14-karat polish enhances MGMT's blend of psychedelic and indie-electro to a shiny sonic gleam, resulting in some of the catchiest pop songs to come from N.Y.C. since the turn of the millennium. The tunes sound classic and new all at once, paying homage to Bowie, the Kinks, and the Stones, while updating traditional progressions with flashes of Royal Trux, Ween, and LCD Soundsystem. It's a wonderful mess of musical ideas, ranging from the dancy disco thump and Bee Gees falsetto of "Electric Feel" to the gritty acoustic-based "Pieces of What," to the grimy synth groove on the anthemic "Time to Pretend." With tongues planted firmly in cheeks, sardonic wit is as abundant as Andrew Van Wyngarden and Ben Goldwasser spoof the stereotypical rock & roll lifestyle with lines like "Lets make some music, make some money, find some models for wives/I'll go to Paris take some heroin and fuck with the stars." Despite the ever-present irony, the songs never feel insincere and the record is inherently strong throughout, making it a solid start to their career. 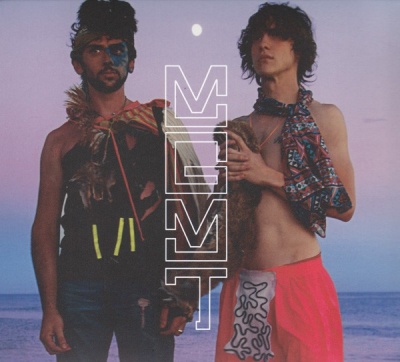