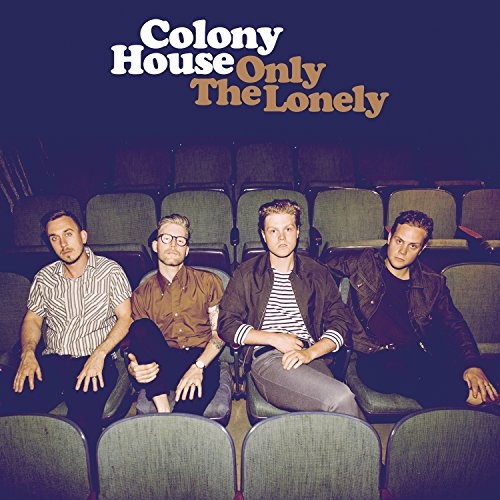 Named after the famous Roy Orbison song, Colony House's sophomore album, 2017's Only the Lonely, finds the Franklin, Tennessee-based outfit further honing their passionate, guitar-based sound. Featuring lead singer/guitarist Caleb Chapman and drummer Will Chapman (the children of CCM star Steven Curtis Chapman), Colony House also showcases the talents of lead guitarist Scott Mills and bassist Parke Cottrell. Together they make a hooky, often spiritually minded (though never overtly Christian) brand of indie rock that owes a heavy debt to such similarly inclined acts as the Killers, One Republic, and Imagine Dragons. Think of Gavin DeGraw fronting Kings of Leon and you'll get a fairly representative sense of the down-the-middle approach Colony House achieve here. They do it so well, in fact, that if you were to hear any one of the 13 songs on Only the Lonely without knowing it was Colony House, you could easily mistake it for one by any of their aforementioned contemporaries. Which is to say, that while Only the Lonely has a handful of catchy, emotive tunes, it often sounds like the band is struggling and still working through their influences. In fairness, that might be more of a strike against a lesser-talented band, but Colony House clearly has a knack for crafting inspirational, soundtrack-ready anthems. Cuts like "Cannot Do This Alone," "You & I," and "I Want It All," bring to mind a pleasant balance of U2's rock uplift, Maroon 5's R&B swagger, and Vampire Weekend's kinetic pop. Of course, in saying that Colony House brings to mind a bunch of other popular bands, it has to be stated that if you like any of those other bands, you very well might enjoy Only the Lonely. In that, at least, Colony House succeed in delivering an album that very nearly lives up to the work of its influences.