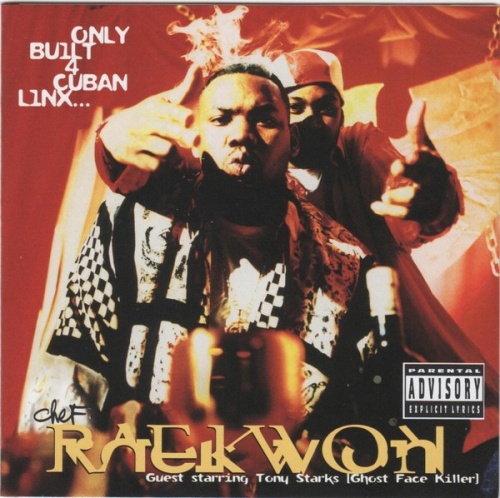 A serious contender for the title of best Wu-Tang solo album (rivaled only by the Genius' Liquid Swords), Only Built 4 Cuban Linx is also perhaps the most influential, thanks to Raekwon's cinematic imagination. If the Genius is the Wu's best overall lyricist, Raekwon is arguably their best storyteller, and here he translates the epic themes and narratives of a Mafia movie into a startlingly accomplished hip-hop album. Raekwon wasn't the first to make the connection between gangsta rap and the Cosa Nostra (Kool G Rap pioneered that idea), but he was the one who popularized the trend. Cuban Linx's portraits of big-money drug deals and black underworld kingpins living in luxury had an enormous influence on the new New York hardcore scene, especially Mobb Deep and Nas, the latter of whom appears here on the much-revered duet "Verbal Intercourse." The fellow Clan members who show up as guests are recast under gangster aliases, and Ghostface Killah makes himself an indispensable foil, appearing on the vast majority of the tracks and enjoying his first truly extensive exposure on record. Behind them, RZA contributes some of the strongest production work of his career, indulging his taste for cinematic soundscapes in support of the album's tone; his tracks are appropriately dark or melancholy, shifting moods like different scenes in a film. Cuban Linx's first-person narratives are filled with paranoia, ambition, excess, and betrayal, fast rises and faster falls. There are plenty of highlights along the way -- the singles "Criminology" and "Ice Cream," the gentle "Rainy Dayz," the influential posse cut "Wu-Gambinos" -- and everything culminates in "Heaven & Hell" and its longing for redemption. Like the Genius' Liquid Swords, Only Built 4 Cuban Linx takes a few listens to reveal the full scope of its lyrical complexities, but it's immensely rewarding in the end, and it stands as a landmark in the new breed of gangsta rap.