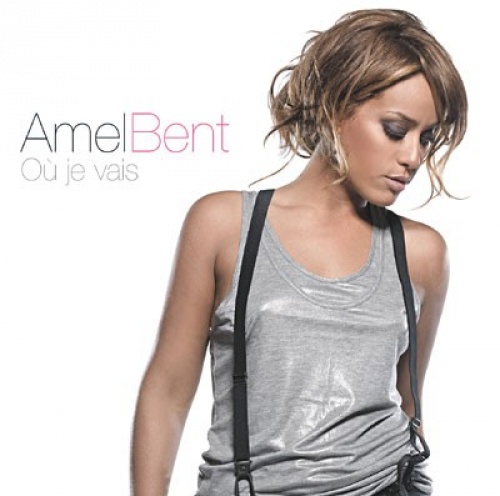 On her third album, Où Je Vais, Amel Bent sticks with the winning formula of her past couple efforts, collaborating once again with French hitmaker Volodia. The result is a mostly midtempo collection of contemporary R&B well-suited to the Nouvelle Star discovery's young urban style and sassy, self-strong persona. Bent's association with Volodia goes all the way back to her debut single, the 2004 chart-topper "Ma Philosophie." He produced much of her first two albums, Un Jour d'Eté (2004) and A 20 Ans (2007), including the Top Five hit single "Nouveau Français." Most of Bent's past hits were penned by industry professionals; for instance, rapper Diam's wrote "Ma Philosophie" and pop star Pascal Obispo wrote "Nouveau Français." Où Je Vais follows the same formula, though this time the songwriters tend to be obscure with the exception of veteran rapper Tunisiano. The most credited songwriter on Où Je Vais, Tunisiano had a hand in writing four of the album's 11 songs, including two of the singles, "Où Je Vais" and "Je Me Sens Bien." Both of these singles are excellent, as is "Le Mal de Toi," another of the album's singles. There are plenty of additional highlights on Où Je Vais, in particular, "Cette Idée-Là" and "La Menteuse," the latter of which is a collaboration with rapper Kayline, the album's only guest feature. Not until the conclusion of Où Je Vais does Bent falter with a couple piano ballads whose ornate orchestrations don't fit the overall style of the album. Fortunately, it's easy to skip over them and go back to the start of the album. Often written off as just another Nouvelle Star product, Bent has never sounded more impressive than she does on Où Je Vais. She may be reliant upon industry hitmakers and she may no longer be the next big thing, but all that really matters in the end is how the music turns out. After a couple scattershot albums where she tried a bit of everything to mixed results, Bent seems to have finally settled on a style that suits her well. Hopefully, she can continue evolving into a dependable contemporary R&B singer who puts out albums like this every couple years.