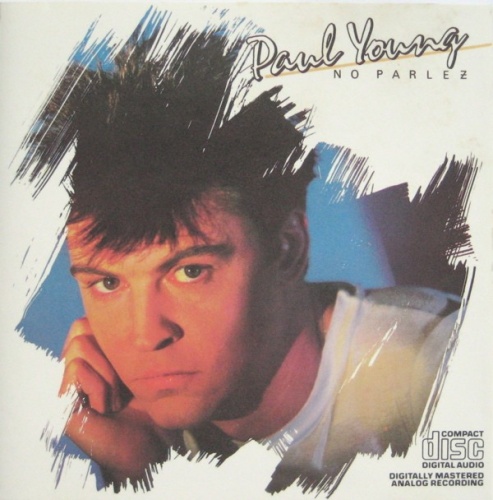 One of the most assured debut albums of the mid-'80s, and one of the finest pop-soul confections of all time, No Parlez was the record that, following from the stellar success of Paul Young's earliest hits, left him poised to dominate the remainder of the decade like no other vocalist could have. Three singles laid bare all that Young was so eminently capable of. "Wherever I Lay My Hat," a beautifully impassioned take on what was, in all fairness, never one of Marvin Gaye's greatest performances, left mouths hanging open in awe; a meaty revision of Nicky Thomas' "Love of the Common People" proved that the earlier performance was no fluke; and "Come Back and Stay" indicated that the boy wasn't only a great singer, he had access to some great originals as well. Add the idiosyncratic yowling of the so-evocatively-named Fabulous Wealthy Tarts backing singers, jabbing a wealth of seemingly meaningless refrains, yelps and cackles into the gaps around Young's own vocal and, before it was even on the racks, it was clear that No Parlez was going to be an invigorating ride. And still it was capable of shocks. The title track was borrowed from former Slapp Happy art rocker Anthony Moore's "Industrial Drums" (from his Only Choice album) -- scarcely the kind of role model that Young's apparent drive for pop superstardom normally looked towards, while Moore's erstwhile bandmate Dagmar Krause surfaced elsewhere, to layer mystifyingly Euro-flavored vocals over a deeply soulful version of "Love Will Tear Us Apart." Yes, that "Love Will Tear Us Apart," a song still so draped in the martyrdom of Ian Curtis that to even think of revising it was regarded as sacrilege in some quarters. Young did more than that, though, he reinvented it. As a whole, the album does not live up to its greatest moments -- once past that so-superlative "Love of the Common People," side two lags badly as it heads towards the nadir of the closing "Sex." Breathtakingly original in small doses, Laurie Latham's production (and the Wealthy Tarts' keening) both lose their appeal after a while. One cannot help, too, but wish that the regular single mixes of the hits had been replaced by the superlative 12" mixes that accompanied their original release -- "Come Back and Stay," in particular, is up there with any Soft Cell or Frankie extension in the annals of classic 12"s. But though it's not flawless, still No Parlez is fearless and, looking back over Young's entire career (so far), one can only wonder how it all went so wrong? He could have ruled the decade like no other Brit of his age. Instead, the back cover photo simply makes him look like the younger brother of one of the guys who beat him to it. And you can bet Robert Smith wasn't expecting that!