Produced by Rick Hall in 1993, Nickels & Dimes & Love was recorded outside of Nash Vegas at Muscle Shoals in Alabama. It was also the last time Gosdin nailed the charts, with Hugh Prestwood's "Back When," a mid- to uptempo burner with gorgeous acoustic guitars, a lilting fiddle, and pedal steel that jumps in texture and phrasing from verse to refrain. It's a love song that verges on a breakup tune. But in the grain of Gosdin's voice, the track becomes a song of hope and redemption. One of Gosdin's five contributions is a solid honky tonk number, "Bury Me in a Jukebox." In that George Jones croon of his, Gosdin sounds like he's having a good time even when he's broken -- as long as the Telecasters and steel guitars are ringing out in the heart of the mix. And they certainly do here. Uncharacteristically, Gosdin travels deep into outlaw terrain with the pumping "I Like My Country Music Kinda Rock." Here a funky backbeat frames a razor-wire guitar and rounded high-pitched pedal steel, as a bluegrass fiddle anchors the tune in the country camp. The high point on the album, however, is a duet with Janie Fricke entitled "Two People With a Love Gone Bad," another Gosdin number. If there were ever a song written too late, this one was. It should have been written for George Jones and Tammy Wynette. In the voices of this pair, it's still a devastatingly beautiful country weeper that transcends the country genre and becomes simply a beautiful song. Gosdin was focused here on writing for the charts, and it is reflected in the production, but nonetheless he remains completely true to the tradition in his execution. Gosdin would remain with Columbia for another four years, but this was the beginning of a transformation in country music that would leave him out, as it had others in his generation. It was too bad for country, because Gosdin is the real thing. 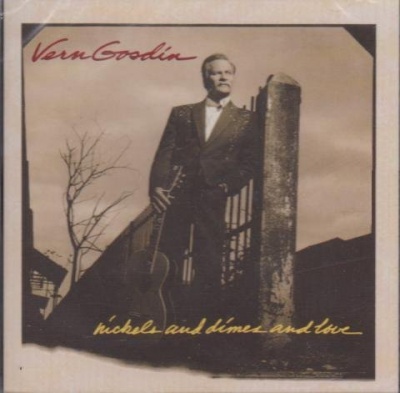