The Knights are an orchestra not affiliated with a city or an institution of learning such as a university, and they are committed to taking orchestral music out of the concert hall and directly to the people through playing non-traditional venues such as New York City's landmark restaurant Le Poisson Rouge. Sony's disc New Worlds was inspired by a program prepared by the Knights for the annual Dresden Music Festival, which chose as its theme the concept of "New Worlds" for its 2009 edition. These recordings, however, were made in Sony's Legacy Studios in New York and not at the festival itself, and for the better, as they have a great sense of presence while maintaining orchestral depth. This works very well for the splendid version of Charles Ives' The Unanswered Question included; for once, listeners are not straining to hear the string chorus and having the foreground elements smack them in the face, but all is well-balanced. Gabriela Lena Frank's Leyendas is a spicy and effervescently rhythmic confection that utilizes "new music" techniques in a wry and humorous fashion, whereas Dvorák's Silent Woods is indeed woody, wide, and fully achieved in a standard romantic idiom, perhaps the ultimate test of the mettle of a new century orchestra; how well can than they do standard, 19th century fare? If you're the Knights and cello soloist Jan Vogler, about as well as the Czech Philharmonic does Dvorák.

The Golijov is both bristling with energy and tension and played with precision; well done, especially when one considers the rather complex rhythmic profile of the piece. Aaron Copland's Appalachian Spring closes out the show, and the Knights' -- and conductor Eric Jacobsen's -- attentiveness to detail pays off in the Copland, which for some established orchestras can sound like a tired old warhorse. That said, it doesn't quite crackle with the electricity encountered in older recordings by Antal Dorati or Copland himself, but the Knights' reading is fresher than many to most interpretations of this very commonly recorded piece. Listen up, orchestras of the classical establishment: here is your competition. In order to keep pace with what the Knights can offer in lithe limberness and immediacy, the big concert orchestras might need to put in some time at the gymnasium; suffice it is to say that New Worlds is a refreshing change over usual orchestral fare. 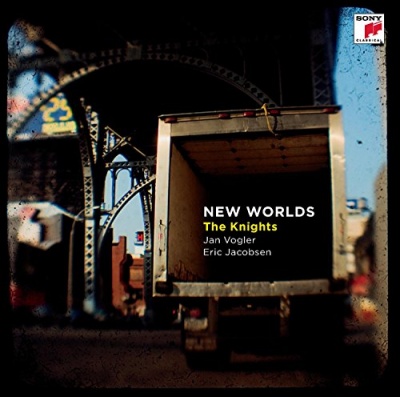