You'd think that a rom-com soundtrack that begins with Christopher Plummer reciting Yeats' poem "Brown Penny" would be different than your average collection of sweet, sentimental film music. And you'd be right: the soundtrack to Must Love Dogs is certainly quirky, but perhaps not in the ways the people behind it intended. The album veers between unique choices like the opening track and hyper-traditional ones like Linda Ronstadt's "When Will I Be Loved?" and the quintessential romantic comedy soundtrack song, Natalie Cole's "This Will Be (An Everlasting Love)," which has been in so many movies of this kind that it feels like it's on loan. In fact, later on Must Love Dogs actually does borrow from one of the all-time great romantic scores, "Prelude and Lara's Theme" from Dr. Zhivago. The soundtrack also has a twangy angle, with Ronstadt's hit, Sheryl Crow's cover of "The First Cut Is the Deepest," and tracks from country-pop singers as well as artists who flirt with country, such as Stephanie Bentley and Susan Haynes. Susie Suh's gorgeous "Shell" and Rodney Crowell's sweetly traditional "What Kind of Love" are the highlights in this area, although Rilo Kiley's "I Never" and Ryan Adams & the Cardinals' "Dance All Night" are on surprisingly equal footing with these songs while adding a faint whiff of hipness (much like John Cusack's presence in the film). By spanning songs like these, as well as Eddie Holman's flawless "Hey There Lonely Girl" and a goofy cast singalong of the Partridge Family theme "Come on Get Happy," Must Love Dogs certainly has personality -- in fact, it has multiple personalities. 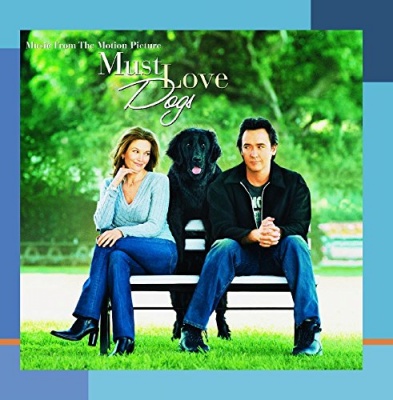