Larkin Arnold, former CBS Records (Sony Music) senior executive VP, convinced Marvin Gaye to leave his flat in Belgium and sign with Columbia Records; the result would become the soul singer's last album before his untimely death. Of all his number one songs, this album's first release, "Sexual Healing," became his longest running number one single on the Billboard R&B charts (ten straight weeks). With the exception of the guitar, the Washington, D.C. native performed every instrument on this classic hit. Gaye concocted a pioneering percussive sound that was balladic in taste but stimulating in feel. As this project may not be an absolute erotic expression or a socially challenging plea from Gaye like on some of his previous albums, nonetheless, Midnight Love is a classic Marvin Gaye effort. In addition to this project thriving with Gaye's enthusiastic spirit, it has his harmonious background vocals, his stunning vocal arrangements and his creative penmanship, as he wrote all the selections. 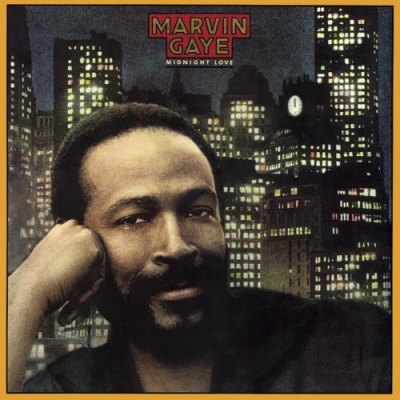