CMC International's Maximum compilation series is one of those buyer-beware propositions, since it relies heavily on live versions and occasional studio re-recordings of big hits by well-known hard rock and heavy metal bands. Though the series does feature some good music, consumers should know that in most cases, they won't be getting the original versions of these songs. Maximum Metal Mayhem is a rather incoherent volume, splitting its time between thrashers Overkill, Entombed, and Annihilator (all of whom have two tracks), and Motorhead-affiliated projects -- not just the band itself, but also a Lemmy duet with Wendy O. Williams, their collaboration with the all-female band Girlschool as HeadGirl, and a track from Girlschool themselves. There are some good performances here, but on the whole, they'll be necessary only for extremely devoted fans of the artists involved. 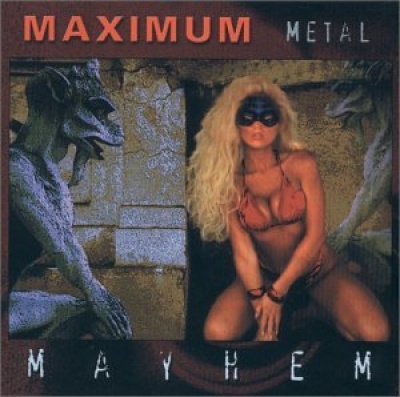