The Greek myth of Medea has attracted dramatists throughout recorded history. The tragic story of the princess and sorceress who helped Jason steal the Golden Fleece, but responded to his infidelity by killing his lover and her own children, it most famously provided the source for Euripides' play in 431 B.C., but also was adapted by French playwright Pierre Corneille in 1635 (this version in turn made into an opera by Luigi Cherubini in 1797), Robinson Jeffers in 1947, and Jean Anouilh in 1953. In seeking to provide a vehicle for Broadway star Audra McDonald, composer Michael John LaChuisa returned to Medea and transferred the story to late 19th century New Orleans, turning Medea into Marie Christine L'Adrese, a cultured Creole who falls in love with a sea captain and follows him to his home in Chicago with the usual tragic results. Among the more prominent young Broadway composers of the 1990s, LaChuisa seems to be interested in creating a post-Sondheim musical theater that is a hybrid form somewhere between traditional musical comedy and opera. While musical, his shows rarely employ traditional song structures, though the settings of the lyrics make for more than just recitatives. His choice of subject matter here is hardly typical for a Broadway musical, but he and the show's investors seem to have banked on the notion that three-time Tony Award winner McDonald could be sufficiently compelling to overcome the forbidding plot and uncompromising score. Compelling she certainly was, onstage and on this cast album, but that wasn't enough to make Marie Christine a hit. Announced for a limited run (but with the producers doubtless hoping to extend), the show opened on December 2, 1999, and closed on schedule after five-and-a-half weeks on January 9, 2000. The cast album, released three months later, preserves an intense and striking work that moves inevitably toward its shocking conclusion. It is far from easy listening, but remains powerful, especially because of McDonald's committed performance. But since it makes no obeisance to the traditional pleasures of musical theater, the show doesn't seems likely to live beyond this recording and stands as a significant example of the rift between a generation of serious-minded young Broadway composers (typified by LaChuisa and Jason Robert Brown) who set little store by mere entertainment and a group of pop-oriented songsters (Frank Wildhorn, Elton John) who prize entertainment above all and who, thus far, have been winning the war for Broadway's future, at least as far as commercial success goes. 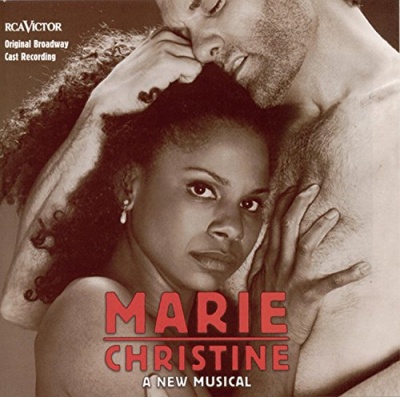