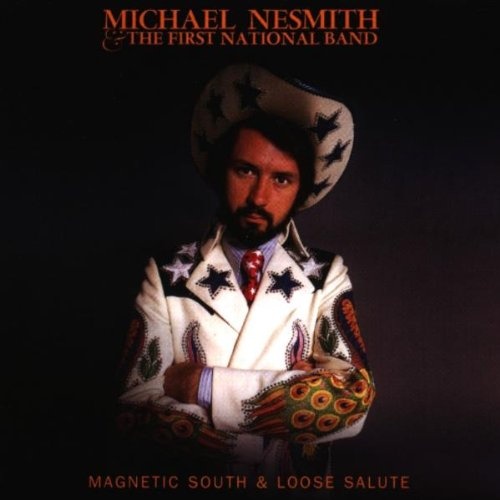 This European two-fer CD contains Michael "Papa Nez" Nesmith's first two post-Monkees recordings -- Magnetic South and Loose Salute -- as a member of the First National Band. Although the heavily orchestrated Wichita Train Whistle Sings (1968) is credited to Nesmith as a solo artist, it was technically released while he was still a Monkee. As a bonus for collectors, this single-disc anthology also includes the instrumental track "1st National Dance." As enthusiasts of post-Headquarters Monkees will assuredly attest, Nesmith's country & western-flavored material is not only the highlight of those albums, but arguably the only worthwhile tracks on them. During his tenuous final days as a pop idol, Nesmith took full advantage of the unique situation by recording his compositions outside of the Monkees pre-manufactured confines -- using his own musicians. Several of those tracks are revisited on these recordings. Among them, "Calico Girlfriend," "Nine Times Blue," "Little Red Rider," "Crippled Lion," "Hollywood," and "Conversations" were recorded and available for potential inclusion on the last three Monkees long-players that Nesmith had any involvement in -- The Birds, the Bees & the Monkees, Instant Replay, and The Monkees Present. The First National Band featured Red O.J. Rhodes (pedal steel guitar), Glen D. Hardin (keyboards), John London (bass), and John Ware (drums). Along with Nesmith (guitar/vocals), they provided a tight yet sublimely down-home platform for Papa Nez to weave his unique brand of country-rock -- which was in its infancy at the time. Other West Coast artists such as the Eagles, the post-David Crosby Byrds, and the Flying Burrito Brothers were creating similar sounds and providing an alternative to the recently unleashed aural attack of heavy metal. Although the prolific nature of Nesmith's writing during the late '60s and early '70s is evidenced on both Magnetic South and Loose Salute, he reworks two Hank Cochran/Harlan Howard standards, "I Fall to Pieces" and "Beyond the Blue Horizon," with sensitivity and to tremendous effect. These are among the highlights of both recordings as well as this era of Nesmith's career.