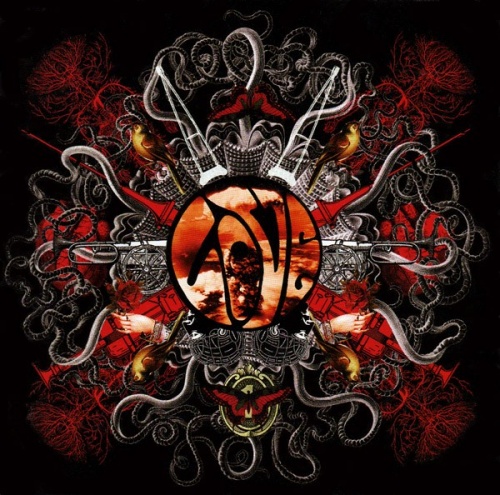 Hanging Out Guys Night Out

Imagine the anthemic power of Iron Maiden, the ambitious pop of Joshua Tree-era U2, and the energetic tension of Sunny Day Real Estate all thrown together in a blender and you can begin to understand where Juliana Theory is coming from. Taking their melodic emo rock to a place far beyond anything they've attempted before, Love is a melting pot of rock & roll elements that is hard to pin down into any category. For example, "Shell of a Man" moves from a slow-burning angst-fest to a Skid Row-esque power ballad to a lush piano coda in less than six minutes and actually pulls it off. Where Juliana Theory used to tip their hat to other genres, they break completely free of the emo tag and throw in elements of power metal, folk-rock, hip-hop, and grunge. What this means for listeners is that Juliana Theory has delivered a genre-defying album filled with catchy songs that aren't afraid to be brutally heavy one moment just to transition into a gothic beauty the next. Every song is a radio-friendly romp into alternative rock, but the album transcends the sellout tag because this is the direction this band always should have gone in. Older fans might disagree, but Juliana Theory has always resonated strongest on their pop songs. Where they tend to meander when left with a simple emo rock setup, they seem inspired and energetic on virtually everything here. Love isn't perfect, but it is a big and blustery album that stands as the best record Juliana Theory has mustered in their first five years.