Not too many R&B artists experience a 13-year gap between debuting and releasing a second album, but here's Tamar Braxton, now known to a younger generation due to her presence on reality television series Braxton Family Values and talk show The Real. Dramatic, spacious ballad "Love and War," released in late 2012, kicked her music career backed into gear and put her in the Top 15 of Billboard's R&B chart. Second single "The One," the umpteenth track to sample Mtume's "Juicy Fruit," signaled that Braxton was up to compete with contemporary singers who emerged during the middle and late 2000s. Indeed, Love and War plays out like it's designed to contend with the likes of Ciara, Rihanna, Trey Songz, and maybe even Keyshia Cole, rather than those who came up around the same time as Braxton. Slower, more atmospheric productions like "Stay and Fight," "All the Way Home," and "Sound of Love" suit her the best and display her considerable skill -- by now, given some of the artists who have come and gone since 2000, she should have at least four albums in her past. The lighthearted numbers -- like the Keri Hilson castoff-level "Tip Toe," the mind-numbing "Hot Sugar," and the Mike Will knockoff strip-club track "She Did That" -- are no match for the fully formed songs that seem rooted in Braxton's life experiences. 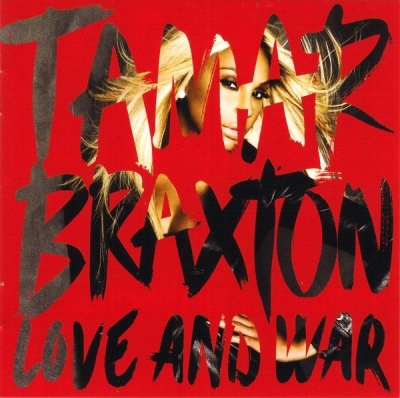