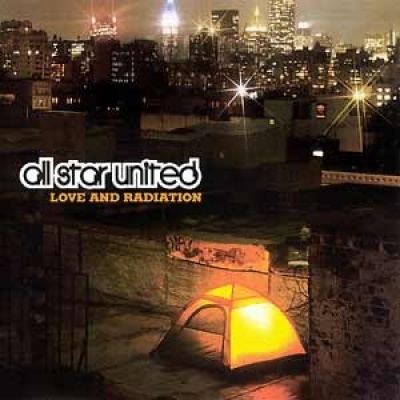 After a nearly five year hiatus, alternative CCM rockers All-Star United return with the underwhelming Love & Radiation. While not an actively bad record, Love & Radiation feels curiously out of date: its blend of polite power pop hooks and boy-next-door vocals probably would have been right in keeping with the times around the middle of the '90s, right alongside one- or two-hit wonders like the Gin Blossoms, Del Amitri, Fastball and Deep Blue Something. Over a decade removed from that time, the album's occasional feints toward more modern sounds -- the utterly laughable halfhearted attempt at rapping on "Let's Rock Tonight" rivals Madonna's clueless drivel in "American Life" -- sound stilted and awkward, and the group's core sound isn't quite far enough removed from its time and place to sound retro-cool yet. As a result, Love & Radiation just kind of sits there, inert but inoffensive.