Sony Music's budget hard rock compilation Loud and Proud collects ten heavy hitters from between 1976 and 1991. The best thing about Loud and Proud is it's the easiest place to find the full-length album version of Ram Jam's "Black Betty," which was actually written by blues legend Huddie Ledbetter, aka Leadbelly. The edited single version, without the full guitar solo, can be found elsewhere. It's hard to believe that lead guitarist Bill Bartlett was a member of the bubblegum band the Lemon Pipers, best known for the number one hit "Green Tambourine." Two underrated songs offered here are Accept's gritty "Balls to the Wall" and Hurricane's catchy "I'm on to You." Other highlights include Judas Priest's "You've Got Another Thing Comin'" and Quiet Riot's hit Slade cover "Cum on Feel the Noize." Blue Oyster Cult's "(Don't Fear) The Reaper" is also featured. It seems there must be a music-biz law dictating that either BOC's "Reaper" or "Burnin' for You" must appear on every classic rock compilation regardless of what label it's released on! 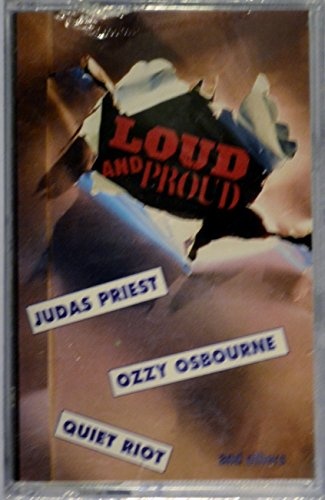