Pearl Jam's October 30, 2000, concert in Sacramento is one of the poorest in the series. The playing is competent enough, especially considering the very cold temperatures for the outdoor show that night (not as cold as the concert in Wisconsin earlier in the month, but still very bad). However, the band sounds lifeless and almost completely lacking any passion or enthusiasm. The guys seem to be just going through the motions as the long tour winds down. This is the shortest non-festival performance of the year, with just 23 songs played, further enhancing the impression of the concert as a throwaway show by the band. Guitarist Stone Gossard staged a personal dress rehearsal for the Halloween gig in San Francisco the following night by coming out on-stage in a goofy Beatles mop-top wig, prompting Eddie Vedder to dedicate "Elderly Woman Behind the Counter in a Small Town" to everybody who has bad hair. There are a few other interesting notes about this show. First, "Whipping" is used as the opener for the only time of the whole year (probably because they wanted to play a fast, energetic song due to the weather). During the encore, the band experiments by playing "The Kids Are Alright" by the Who for the first time ever as a ensemble. However, the song would not fully gel until the last night of the tour a week later in Seattle. Lead guitarist Mike McCready includes a portion of Jimi Hendrix's "Little Wing" in his showcase solo at the end of show-closer "Yellow Ledbetter." He would elaborate on this arrangement at the two Seattle shows. Meanwhile, Vedder thanks the audience for being troopers through the bad weather. At one point, he promises them that the next time they come to town, the show will be in early July. Regarding the performance, he says, "Thanks for sticking with us through the decay." Truer words were never spoken on this night. Unless you were there or live near Sacramento, it is advisable to skip this show altogether. Even if you're collecting the whole series, you probably won't listen to this show more than once. It isn't worth the time. 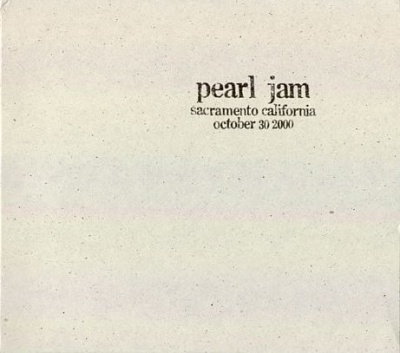