Pearl Jam's October 27, 2000, show in Fresno is an underrated one in this part of the tour. The audio may be a tad below the usual standard, but this is an excellent Friday night party show in an unlikely place, full of rollicking rockers. Eddie Vedder finally sought medical treatment for the cold that was hampering him during the last few shows. He received prescription medication for it, so he warns the audience early on, "The singer is on drugs tonight." Vedder sounds much better, and his mood seems improved too. He goes out of his way to tell a memorable, although disgusting, joke before "Habit," a song dealing with drug addiction. As for the performance, the show has a distinct Pink Floyd flavor to it. The band opens with a brief bit of "Interstellar Overdrive" and includes a few lines of "Another Brick in the Wall" inside "Daughter." The show is spiced up further by the inclusion of a couple of live rarities in the set -- "Footsteps" and "Indifference." "Rockin' in the Free World" ends this night, which finds the band upbeat despite Vedder's complaints about the relatively quiet crowd. This is a hidden gem of a show that makes it appear as if the band would only get better in the waning days of the tour but, as listeners will discover, Pearl Jam will hit a slump in the next few shows. 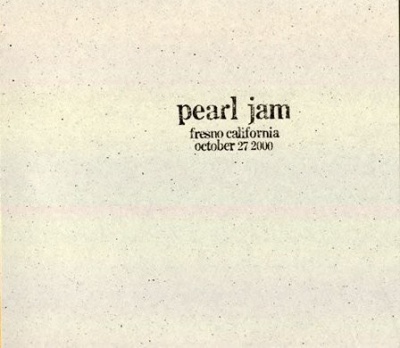