Pearl Jam's October 22, 2000, concert in Las Vegas is of great historical significance to the band because it happened ten years to the day after the group's first ever public performance (in a Seattle club named the Off Ramp Cafe). So the theme of this night in Las Vegas is a celebration of the band's first ten years of existence and of their roots. Singer Eddie Vedder takes some time out during a forced pause in the show due to technical problems to share some stories about the band's early days. During the encore, he goes out of his way to thank everyone close to the group by name. It's very much an insider's night, and that makes this show an essential collectible. Vedder admits early on that the bandmembers are nervous on this big occasion, and there are many wrong notes played by the band. In addition, Vedder is dealing with a cold which hinders his abilities. These factors make the performance itself uninteresting, routine, and even below average until the encore. At that point, the band surprises everyone by covering the Mother Love Bone song "Crown of Thorns" for the first time ever. Pearl Jam's bassist, Jeff Ament, and guitarist Stone Gossard were in Mother Love Bone until the group disbanded after lead singer Andrew Wood's death in 1990. Pearl Jam was formed soon after Wood's death, so the cover of "Crown of Thorns" was an emotional homage to the band's prehistory. Producer Brendan O'Brien, who has worked with the band for many years, joined the band on-stage on keyboards for the song and two others, including a cover of Elvis Presley's "Can't Help Falling in Love," which the band only performed previously in Memphis, where Presley lived most his life. The song was given a punk rock treatment in Memphis, but here it is played in a laid-back Las Vegas lounge-act style. O'Brien's presence on keyboards gives listeners a glimpse of what the band would sound like if they carried a full-time keyboardist with them on the road. Other than these musical curiosities, the performance is, in general, lackluster. Still, with the importance of the occasion, it is an essential purchase in the series of 72 live recordings, one which no serious fan of the band should be without. However, more casual fans seeking the best of live Pearl Jam should seek another, more carefree night. 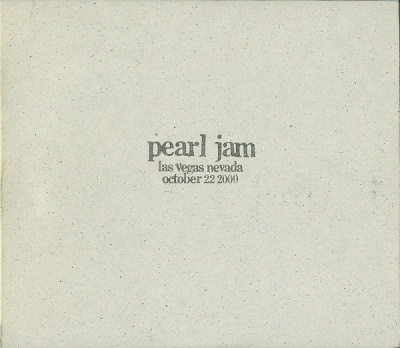