After scoring one of the most infectious -- and some would say annoying -- hits of 1999 with "Summer Girls," LFO returns in 2001 with a more mature second album. Of course, when one considers that their first album consisted of juvenile bubblegum hip-hop, it's hard not to sound more mature. For Life Is Good, the trio wrote and produced the majority of the disc, dropping some of their hip-hop pretences and relying more on guitar-based, '80s-style pop. The style works best on their sunny single "Every Other Time," which is likely to get just as much radio airplay as "Summer Girls." Most of the time, however, the group's songwriting and production are utterly forgettable. The track "6 Minutes" is about obsessive love that sounds like a bland hybrid of Blink-182 and the Archies. Then there's "Erase Her," which is a blatant rip-off of '80s bands such as Depeche Mode and Erasure. The group hasn't abandoned their hip-hop aspirations, offering up "Aalayna," which features a cameos by hardcore rappers M.O.P. and De La Soul, and "Dandelion," which features Kelis. LFO is a cut above their fellow boy bands created by pop Svengali Lou Pearlman, but that's damning them with faint praise. In the big, bad world of contemporary rock, LFO still has a lot of growing up to do. 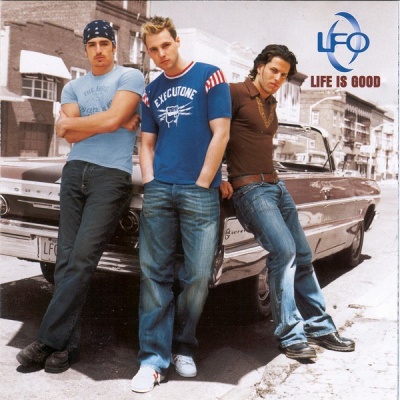