Know Hope Collective is the new project by former Audio Adrenaline members Mark Stuart and Will McGinniss, and this disc features re-recordings of some of the disbanded group's songs, "Ocean Floor," "Good Life," and "Hands and Feet," in addition to new tracks. Stuart shares the microphone with Julia Ross, and others pitch in, too. The sound of the band is again in the classic rock/alternative rock mode, somewhat reminiscent of U2 and Evanescence (both groups that have had some connection to Christian music at one time or another). Stuart frequently works with songwriter Jason Walker to come up with emotive songs of religious devotion such as "Build Us Back" and "We Remember." The lyrics tend to be directed from the singer to God, and the music adds to the emotional fervor. This may be the first album by Know Hope Collective, but it has been made by veterans in the CCM/Christian rock scene, and it sounds like it. 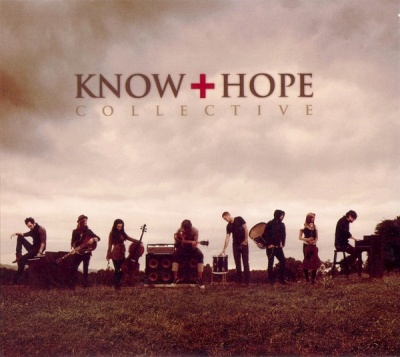