Samantha Fox was never a favorite of rock critics, and British journalists have been especially unkind. As a rule, critics tend to favor artists they feel are challenging or provocative on some level; that's why Bruce Springsteen, U2, Public Enemy, Ani DiFranco, and the Clash have been critics' favorites, and it's why artists they see as unchallenging (such as Bon Jovi, Celine Dion, and Kylie Minogue) have received a lot of negative reviews. As '80s and '90s rock critics saw it, Fox was nothing more than a Barbie doll who made a fortune by exploiting sex and putting out commercial fluff that lacked substance. But then, Fox never claimed to be Joan Baez, and if one accepts Just One Night for what it is -- fun for the sake of fun and entertainment for the sake of entertainment -- this isn't a bad album at all. Fox was usually smart enough to surround herself with capable producers, and this time, the producers include Full Force, Eric Foster White, and the Robert Clivilles/David Cole team (among others). Having a diverse group of producers enables Fox to provide a fairly diverse CD -- one that is dominated by dance-pop and urban contemporary but also contains some glossy pop/rock offerings. A sense of frivolous fun defines the album, and Fox goes for a party atmosphere whether she is celebrating '70s disco (Andrea True Connection's "More, More, More" and Donna Summer's "Love to Love You, Baby" are united as a medley) or getting into a pop/rock groove on "What You See Is What You Get" and the Prince-minded "Pleasure Zone." Just One Night isn't Fox's best or most essential release, although it's a decent outing that her more hardcore fans will appreciate. 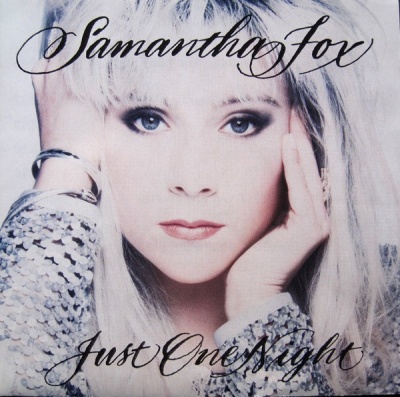