Because this is a mix of solo sessions from one era (the late '40s and early '50s) and Hot Lips Page's work in the bands of Pete Johnson, Chu Berry, Teddy Wilson, and Billie Holiday from another era (the late '30s), it's too scattered to function as an overview or as a detailed snapshot of a particular aspect of Page's career. There's still some material here for Page fans to enjoy, particularly as some of the tracks were previously unreleased. On the solo sides, he comes off as similar but inferior to Louis Armstrong, though enjoyable on his own terms if comparisons with that behemoth are avoided; the interpretation of Ravel's "La Danse" is a highlight. A young Pearl Bailey duets with him on "Baby It's Cold Outside" and a previously unreleased alternate take of "The Hucklebuck." A young Joe Turner is the vocalist on the Johnson sides, and here the main collector attraction is the previously unreleased "Jump for Joy." More such goodies include a previously unreleased alternate take of "Limehouse Blues" (as part of Berry's band); two previously unissued performances as a member of Wilson's orchestra; and, finally, previously unavailable alternate takes of "Got an Uncle in Harlem" and "Jeety-Boad Joad" (both from 1949) and the hitherto unissued "Blow, Champ, Blow" (from 1950). 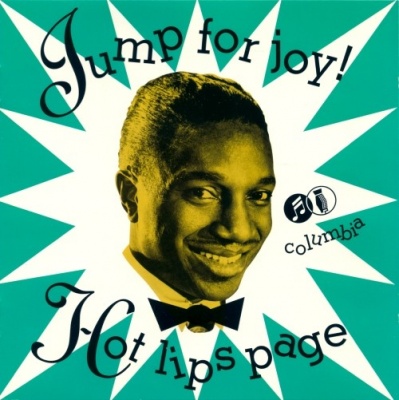