A handful of tracks by the Cure, the The, White Zombie, the Cocteau Twins, and Leftfield serve to set off Alan Silvestri's seven underscore tracks. Of these, the standouts are the White Zombie and Cocteau Twins cuts, standing in bipolar opposition to each other. Silvestri, typically, leans rather too much to the application of subtlety in his themes for the movie -- rather than big, cheerful, wildly fascistic fanfares and flourishes, listeners are treated to slowly developing minor-key themes, interrupted by brief bursts of all too traditional superhero frippery. Then again, the movie itself missed the point of the original comic (which is a satire), so why shouldn't Silvestri? Some engaging moments, but nothing essential. 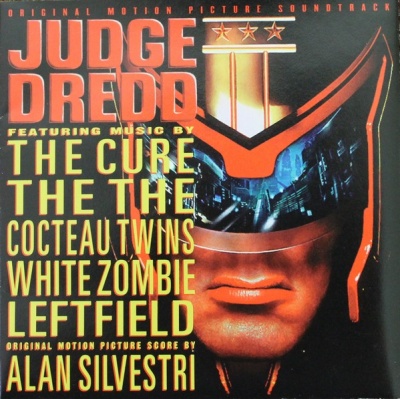