When the original production of Irene opened in November 1919, it went on to become the longest-running musical in Broadway history until being eclipsed by 1943's Oklahoma! It also seemed, by the '70s, one of those shows that could never be revived because it was just too dated. But after theatrical producer Harry Rigby scored an unexpected success with his revival of the 1925 musical No, No, Nanette in 1971, launching a wave of nostalgia on Broadway, he began looking for a similar property and settled on Irene. Rigby felt no need to stick with the original script or score, though he did retain five of the songs written by composer Harry Tierney and lyricist Joseph McCarthy, including the title song and the hit "Alice Blue Gown." Otherwise, he added interpolations of other standards with McCarthy lyrics, such as "I'm Always Chasing Rainbows" (music by Harry Carroll) and "You Made Me Love You" (music by James V. Monaco), as well as having some new songs written. For his leading lady, Rigby traveled to Las Vegas, where he convinced 40-year-old screen star Debbie Reynolds, a veteran of many movie musicals who had moved on to night club work, to play Irene, the poor Irish-American piano tuner who meets and marries a wealthy man (played by TV star Monte Markham). Reynolds' lack of legitimate stage experience was belied by the tickets her name could sell. As heard on this cast album, the resulting "revisical" is an entertaining effort that, with its early 20th century setting and Reynolds' pronounced Irish accent, sounds like an odd cross between Hello, Dolly! and Finian's Rainbow. It never pretends to be anything other than light entertainment, and it's the light moments that work best, particularly Reynolds' duet with her stage mother Patsy Kelly on "Mother, Angel, Darling" (newly written by Otis Clements and Charles Gaynor). Few of the people buying tickets to see it at the recently constructed Minskoff Theatre can have seen the original production, but that's just as well. Even considered simply as a Debbie Reynolds vehicle, it holds up fine. 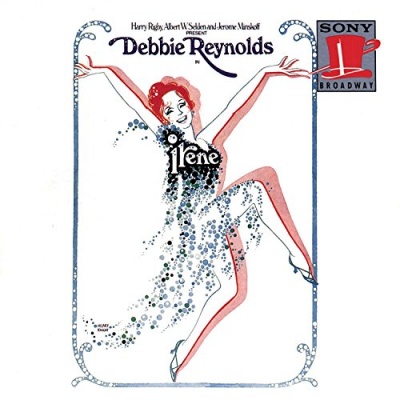