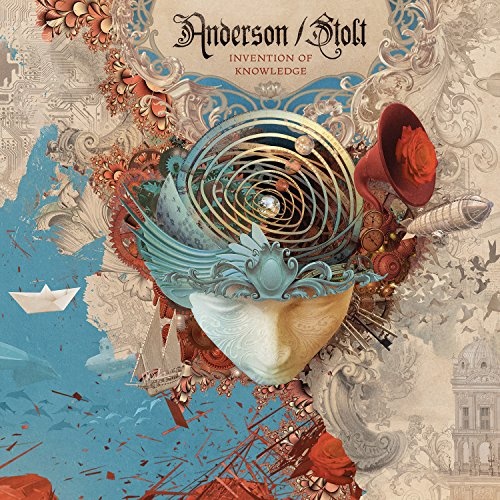 In 2014, former Yes vocalist Jon Anderson and Flower Kings/Transatlantic guitarist Roine Stolt began a musical dialogue initiated by Inside Out Music boss Thomas Waber. Invention of Knowledge is their result. Co-produced by the artists, it features a prog dream team: Stolt's brother Michael and Jonas Reingold on basses, keyboardists Lalle Larsson and Tom Brislin, drummer Felix Lehrmann, and a five-voice chorus that includes Daniel Gildenlöw. Waber wanted them to extend the range of "Yes music." That happens, but there's way more to it. Anderson can still create in the mold of his former band, but he also brings his solo experience that explored a vast range of musical traditions. Stolt was deeply influenced by Yes, but he's a rugged individualist. His composing, playing, and modern production ideas are informed by jazz, fusion, electronic, rock, and world musics. He refracts everything through a third-wave prog prism.

The gorgeous 11-minute closer, "Know," is a stand-alone track. Despite its length and changes in musical direction, it's a beautifully written, nearly hummable song. Its structure employs electric piano, organ, and vibes in jazzy, samba-tinged frames during the first third. Single-line synths (think Rick Wakeman), knotty guitars, and majestic drums append the second and uncover its third-wave prog persona, before a final section carries it out on a breezy wave of Caribbean rhythms and tender singing. On an already emotionally and spiritually affirmative album, this resonant finale is nearly transcendent. Invention of Knowledge displays the individualism of both men. They pursue grandeur, but leave out excess. They add to the depth, dimension, and legacy Yes established, but also make plain that the result is forward-thinking 21st century prog, free of overwrought nostalgia or self-indulgence.