Daniele Silvestri, Niccolò Fabi, and Max Gazzè became friends at the beginning of their careers when they used to perform in the same locales around Rome. More than 20 years later, all three are established artists of similar critical and popular standing, and widely considered the most emblematic Roman singer/songwriters of their generation. A joint album had been in the cards for some time, and when it was finally announced in mid-2014, it became one of the most eagerly anticipated Italian releases of the season. Il Padrone della Festa was greeted with unanimously positive reviews and quickly went up the charts; all the while, their upcoming tour was being hailed as the second coming of Banana Republic, the legendary Lucio Dalla-Francesco De Gregori tour of 1979. Il Padrone della Festa introduces 12 new original compositions, half of which are written and sung together. The remaining six are individual contributions in which the main author takes the lead vocal and is backed by the other two. The result is a quite lovely collection of wistful, acoustic-flavored songs, in many instances inspired by a humanitarian trip to South Sudan that all three friends undertook together. The album's main themes -- traveling, freedom, a need to keep on moving, the passing of time, the small joys of life, the environment -- are often contemplative if not downright philosophical, particularly on the joint efforts. The tasteful musical arrangements are equally laid-back and flexible, not tied to any particular genre but picking elements from here and there, in the discreetly eclectic manner common to all three artists. Indeed, the amalgamation of their respective talents is so effortless that it paradoxically ends up lessening the album's many merits. Il Padrone della Festa is the rare collaboration by big names in which there appears to be no clash of styles or hint of conflict whatsoever. The three friends simply share too much in terms of background, influences, ideology, and experiences; they even possess similar vocal registers, and one actually needs to pay attention to tell them apart. Even if each is supposed to embody a distinctive personality (Fabi's would be reflective, Gazzé's quirky, and Silvestri's ironic), not a single one of these tracks would feel out of place on any record by any of them. Ideally, collaborative albums should be more than the sum of their parts, or at least equal to that sum. Puzzlingly, this album is equal to any of the three individual parts instead. Which still means a beautiful record -- as all solo works by Gazzé, Silvestri, or Fabi tend to be -- but it is not more than, or even as different as, one would expect it to be. By the same token, it never remotely sounds like an attempt to cash in the old reunion concept or to moonlight in trendy styles. Kudos are in order, then, to Silvestri, Gazzé, and Fabi for making a mature album that simultaneously celebrates their friendship and all that is good about the cantautori tradition, revamped for the 21st century. 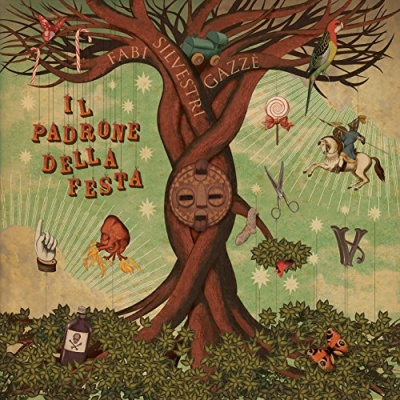