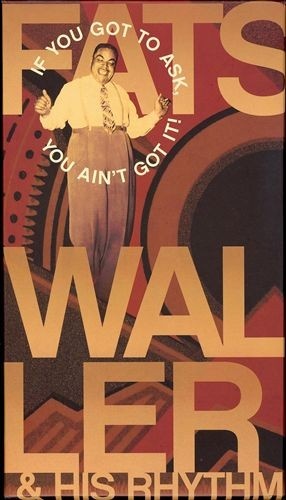 During his 21-year recording career, Thomas "Fats" Waller waxed so many hundreds of songs that only a dedicated few have heard them all even once, let alone often enough to understand the true nature of his legacy. While longtime collectors can attest to the awesome breadth and depth of Waller's massive discography, your average citizen needs and deserves a chance to investigate on a more modest level, which is what compilations are supposed to be for. Most Fats Waller samplers concentrate upon his highly developed sense of humor and his vital importance in the development of swing music; the best of them also highlight his pianistic prowess and -- if you're lucky -- his pioneering role as the first person to play jazz on the organ. Producer Orrin Keepnews has achieved what should be regarded as a major accomplishment in Waller studies both intensive and casual: an intelligently compiled three-CD set with superbly insightful liner notes by Dan Morgenstern, including a detailed biography, informative commentary on each of the 66 tracks, and more than 40 previously unpublished photographs from the Fats Waller archives. The conceptual framework of this compilation will help listeners to understand and feel the essence of Waller's music more clearly perhaps than ever before. Disc one presents Waller's interpretations of songs he wrote himself. Disc two, packed with (one) organ and (ten) piano solos as well as small-group and big-band swing, purports to be "strictly instrumental," even if Waller prefaces "Serenade for a Wealthy Widow" with a plea for "currency" and makes cheeky references to conspicuous consumption all throughout "Lounging at the Waldorf." Disc three, touching upon the best-known aspects of this artist's public persona, is entitled Fats Waller Sings and Plays Around with Tin Pan Alley. Given the sheer number of extant recordings that fit into that category, the producer made extraordinarily fine choices. Keepnews admits: "I inevitably have not included all of your Waller favorites. As a matter of fact, I haven't even had room to include all of mine!" It is clear that both Morgenstern and Keepnews drew upon entire lifetimes spent developing sincere love and respect for this great artist. "If You Got to Ask, You Ain't Got It!" gets its title from Waller's famous response to the question "What is swing?" -- listen through all three discs and you'll most certainly get it for real.