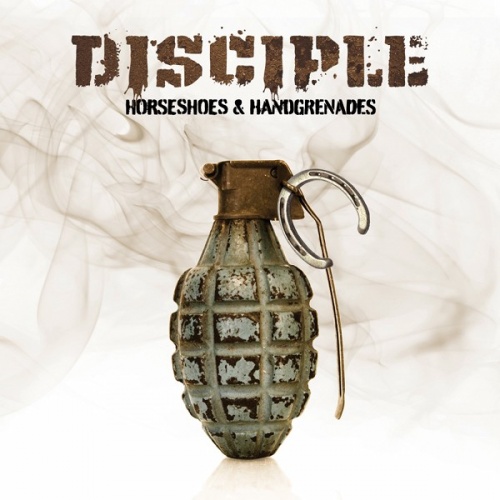 Christian hard rock/metal band Disciple's fourth album has all the hallmarks of the earlier work that's won them all kinds of acclaim and a large fan base. Horseshoes & Handgrenades is built on layers of ferocious guitars, screamingly passionate vocals, a hard-charging rhythm section, and a flair for surprisingly melodic choruses. Unlike their previous album, Southern Hospitality, this outing has less Southern rock swagger and a much harder, more metallic feel. The band sounds much more riled up and much heavier. While there are still moments, like the opening "Dear X, You Don't Own Me," or the acoustic, guitar-led ballad "Remedy" that rely on a more subtle approach, mostly the album has a fierce energy and devotion that helps make it memorable, and easily the equal of earlier albums.