The least successful of Meredith Willson's three Broadway efforts -- though it still ran for nine months, despite no more than middling reviews, and yielded this cast album -- Here's Love has been mostly obscured by its more enduring siblings, The Music Man and The Unsinkable Molly Brown, both of which were not only hits on the stage but also turned into vastly popular movies. Here's Love had the reverse genesis, based on the 1947 Oscar-winning movie Miracle on 34th Street. It was approached with some uncertainty by Willson, who pondered abandoning it at various points but managed to find his inspiration at a pivotal moment. It doesn't start off in too promising a manner, with an overture that includes a "76 Trombones"-style treatment of a handful of Christmas carols. "Arm in Arm," sung by Janis Paige and Valerie Lee, is a bouncy, light-as-air opener, but "You Don't Know," an achingly beautiful ballad sung by Paige, is far more substantial, giving the actress/singer a chance to show what she can do in a more operatic mode around some hauntingly beautiful lyric. "The Bugle" and "Here's Love" both feature Laurence Naismith, a superb British actor, best remembered today for his portrayal of Lord Stanley in Laurence Olivier's Richard III and his major supporting roles in Ray Harryhausen's Jason & the Argonauts and The Valley of Gwangi. He only partly sings the first of his songs, choosing instead to talk his way through in the manner of Rex Harrison while those around him, Kathy Cody and the ensemble, handle most of the actual intonation. He does actually sing on "Pine Cones and Holly Berries" (which includes "It's Beginning to Look a Lot Like Christmas"), alongside Paige and Fred Gwynne, and "Expect Things to Happen." Craig Stevens acquits himself surprisingly well as a singer on "My Wish" and "Look, Little Girl," of which the latter refers back to The Music Man in no uncertain terms. The waltz "Love Come Take Me Again," which closes the first act, is one of the better parts of the score, and one wishes that the Michael Kidd choreography for this and the other dances in the piece had survived on video to examine. The biggest surprise in the score comes in the second act, with a pair of beautiful performances by actor Paul Reed (best remembered as Captain Block from Car 54, Where Are You), one of them the rousing and delightful "My State," which also includes Jackie Gleason alumnus Cliff Hall plus Gwynne, Paige, and Arthur Rubin. The CD remastering is very clean and the packaging is very satisfying, with several production shots supporting an informative text regarding this curio from early-'60s Broadway. 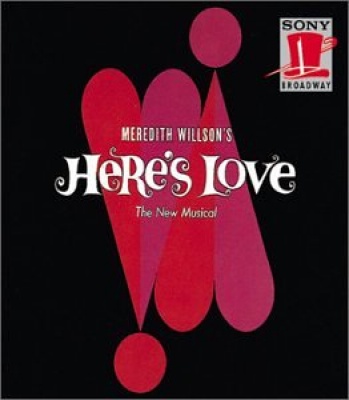