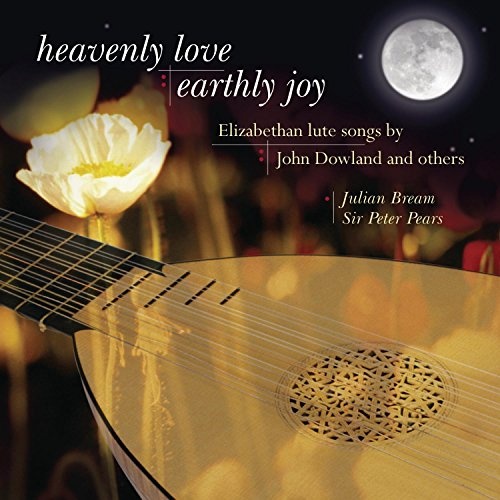 This reissue features a collection of lute songs by John Dowland, Thomas Morley, Philip Rosseter, and Thomas Ford, performed by tenor Peter Pears and lutenist Julian Bream. The listener's response to this CD will probably depend on his or her appreciation of Pears' voice. Anyone who finds Pears' distinctive timbre unpleasant will want to look elsewhere for performances of this repertoire. Pears is in good form and his tone is as full as it has ever been on recordings. In Morley's "It Was a Lover and His Lass," he sings with an abandon he rarely summoned in contemporary repertoire, but it comes close to sounding reckless here. He brings a wide range of musical characterizations to these diverse songs, but in spite of the variety of dramatic nuances and dynamic shadings, Pears' voice has a timbral sameness that limits the expressiveness of his interpretations. Bream plays with elegance, but in a largely accompanying role, he can't rescue the CD from the monochromatic pall that Pears' voice imposes.