Heart to Yours Review

Since Destiny's Child's commercial breakthrough, there has been heavy speculation about solo careers emerging from the group, most of it focusing on lead singer Beyoncé Knowles. It turns out, however, that the first solo album comes from the newest member, Michelle Williams. The caveat is that Heart to Yours is a gospel record, not a straight pop release that might compete with the group. For at least part of the time, however, the casual listener can be forgiven for not realizing that. Early on, Williams soft-pedals the religious message in lyrics that can be seen to be directed toward God when you read them on the page, but that come across less clearly when you listen to the songs. This album is not a hastily prepared side project by any means; there are different producers on nearly every track, and the arrangements for the most part are state-of-the-art urban contemporary efforts. On her own, Williams proves to have a warm, kittenish voice. All of this changes as the album goes on. You have to get about eight cuts in, but by the time Williams is trading lines with Isaac Carree and Lowell Pye of Men of Standard on "HR" Crump's "You Care for Me," the style has become much more traditional gospel; the lyrics leave no doubt that the entity addressed is "Wonderful counselor/Mighty God," and Williams has transformed herself from kitten to tiger, belting out the words with absolute conviction. It serves as a good run-up to the album's high point, "Steal Away to Jesus," a duet with Shirley Caesar in which Williams is swamped, perhaps inevitably, despite her best efforts. Still, she has proved that she has potential as a gospel singer, even if it takes a while to find out. 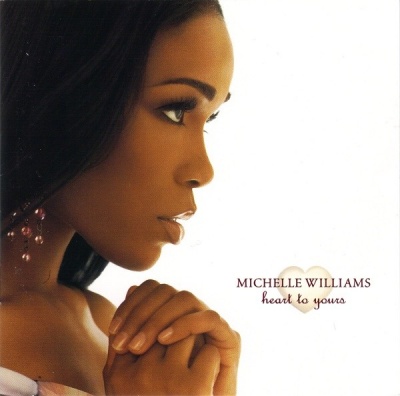 Heart to Yours Album Information