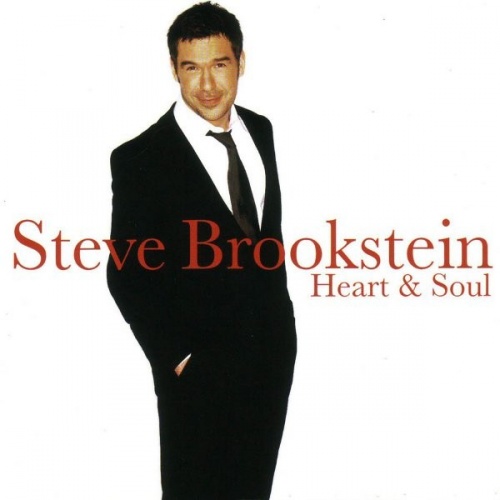 Although American Idol goes on and on, some would say getting even stronger, the original Pop Idol in the U.K. is no more as Simon Cowell has moved on to concentrate on his latest project, The X Factor. Pop Idol's contestants were divided into three categories, solo performers aged 18-24, performers aged over 25, and the over 25 group Cowell was assigned to mentor. The winner of the first show in 2004 was Steve Brookstein, a likeable pub singer with a rough, soulful voice not unlike Luther Vandross' or Alexander O'Neal's. Having sung a range of songs on the show including Harold Melvin's "If You Don't Know Me by Now," Jackie Wilson's "Your Love Keeps Lifting Me (Higher and Higher)," Van Morrison's "Have I Told You Lately," and Kris Kristofferson's "Help Me Make It Through the Night," all of which made it onto the debut album, his first single was "Against All Odds," originally a hit for Phil Collins, which Brookstein had sung on the live finale of the show. Both the single and subsequent album, Heart & Soul, reached number one but by the time the album was released in May, word was beginning to spread of disagreements between the X Factor management and Steve Brookstein over the number and quality of cover versions on the album. Despite claiming to be a reasonably good songwriter, every one of the 14 tracks on Brookstein's album was a cover version, with the five songs he'd sung on the show being joined by soul classics "Until You Come Back to Me," "Kiss and Say Goodbye," "I Don't Want to Talk About It," and "Hang On in There Baby," the only recent hit being Luther Vandross' "Dance with My Father." None were Brookstein's own, and apart from his voice, there didn't seem to be much of him personally on the album at all. A very public falling out with BMG and Simon Cowell followed, and as reality TV singers should know, the producers are always right and Brookstein was unceremoniously dropped from his contract, to go back to pub and cruise ship singing.