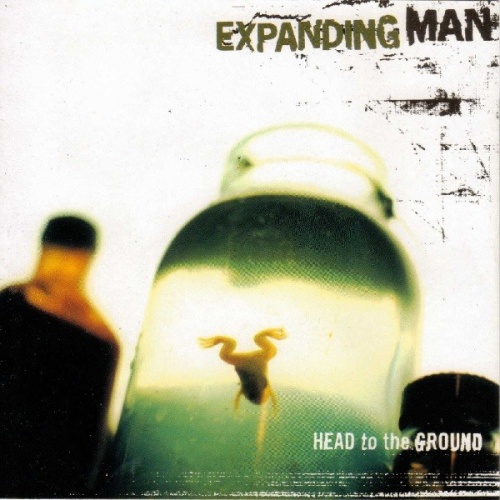 Head to the Ground represents Expanding Man's brief time in the national music scene batter's box before the Boston band was quickly and unceremoniously called out. This major label debut followed release of the band's indie EP Free T.V., which generated enough interest -- with its strong alt-rock material and polished performances -- to afford Expanding Man an opportunity to swing for the fences. Released during the heyday of similar, sullen post-Pearl Jam rockers like Collective Soul, Head to the Ground unfortunately failed to register on the alternative radar. Apparently vocalist Aaron Lippet didn't mimic Eddie Vedder enough to ignite radio attention, nor did he hang out at the Playboy Mansion enough to warrant face time on MTV. In fact, the talented Lippet and his bandmates didn't try any plagiaristic or media stunts to lift their young careers, unlike many more successful late-'90s alterna rockers. Considering their amazing ability to craft that particular kind of sensitive, melodic modern rock that practically assured anyone willing to make a video a share of the Pearl Jam runoff, they probably thought it wasn't necessary. They were wrong. Although Head to the Ground's first single "Download (I Will)" is a monster of a song, the minor radio support it did receive wasn't enough, and Columbia seemed content to let Expanding Man run a doomed course of baby band death by neglect. Just because the powers that be at Sony balked when it was time to give this 1996 release a second wind doesn't mean that listeners fond of Tonic, Our Lady Peace, and the Verve Pipe won't love this fine collection of medium to hard rock. In addition to the standout "Download (I Will)," the record is full of first-rate material, including the chunky "Disappear" and the bleak closer "Goodbyes." Unfortunately, Expanding Man's delivery of strong but somewhat undefined material is itself a little forgettable. The best artists, it seems, all have a tick or even a psychosis that imprints itself in the listener's psyche, allowing the hooks to sink deeper than they might otherwise. The rest either make inferior music, copy their heroes, or (as in the case of Expanding Man) try to make due without a pronounced identifier. So while Creed all but lip-synced its way through the Pearl Jam vacuum and into the stratosphere, the members of Expanding Man put on their own unrecognized and perhaps slightly plain faces and were trampled by the "win now" music business mentality. What Expanding Man could have accomplished can only be imagined by the few listeners lucky enough to own Head to the Ground.