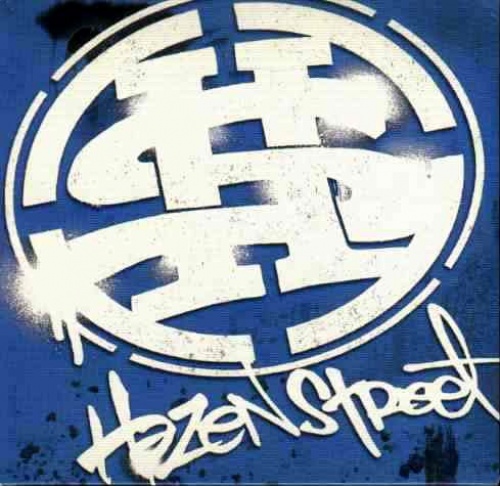 Though it sticks tight to its tough guy mythology, Hazen Street's self-titled debut makes some drastic stylistic jumps. Opener "Are You Ready?" is a furious slab of classicist-leaning N.Y.C. hardcore, which isn't surprising considering the presence of Madball vets Freddy Cricien (vocalist) and Hoya (bass) in the Hazen fold. But with big-shot producer Howard Benson involved and a two-vocalist setup that also features H20's Toby Morse, Hazen uses its ammo to blast out everything from hardcore and punk revivalism to vague rap-rock and stuff that exists somewhere between all three. "Fool the World" asserts that, since Cricien's actually been in the hoosegow, any would-be toughs should probably step off. "Written" really has the P.O.D. vibe; it's rap-tinged verses are a sonic cousin to that group's "Boom," and even does a bit of street-level preaching ("It's written like the ink stains on my skin...Only God can judge me...."). "Trouble" recasts the macho stance -- "Everywhere we go/Trouble seems to find me" -- over a lighthearted chorus that's closer to the mainstream alt.rock of an outfit like Lit. Sure, on Hazen Street, there are more F-words and tattoos. But the crossover intent for "Trouble" and rousing revivalist cuts like "Stick Up Kid" is undeniable. The mantra of past mistakes making the here and now better -- or past fights just making Cricien and Morse stronger -- covers every inch of the record. It's in the sort-of ballad "Tomorrow" (listen to those harmonized guitars!) and the similarly introspective melodic punk of "Back Home"; it becomes Hazen Street's main landmark, since the band cherry-picks from so many styles. It's a well-played effort with some damn catchy choruses. It's just difficult to figure out where this Street leads.