Spanish native Sonia Santana has a big voice, although you feel she's keeping it in check for much of this disc rather than belting out all the time. The idea, as the title might indicate, is a trip back in Cuba to the era during which the island "was the Las Vegas of the Caribbean" (as the liner notes say). It's an apt analogy; the charts on the songs have a glitzy, Vegas feel, heavy on effect but low on soul (unlike Buena Vista Social Club, which harked back to the same era, but with a genuine feel). The arrangements are energetic and glittering, and it's carefully recorded to let the brass shine and the percussion to tick and explode. Santana slides herself sensually over the top, singing in both Spanish and English -- indeed, more in English than anything else -- on a grab bag of familiar pieces like "Tico Tico" and "Brasil" and the less well-known, like "Piel Canela." The overall impression the record wants to give is glamour, but listening to the music, it's glamour that seems only skin deep. Santana's actually at her best when she's given a chance to breathe, as on "Perfidia," but even then she seems to be trying too hard. An interesting effort, and Santana has promise -- just not doing this. 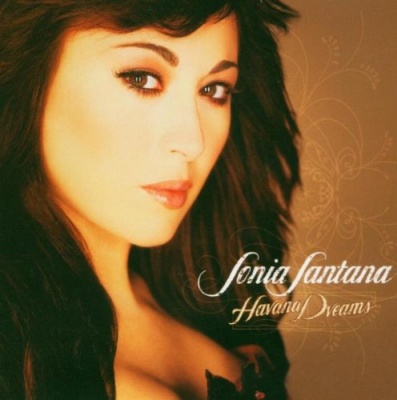