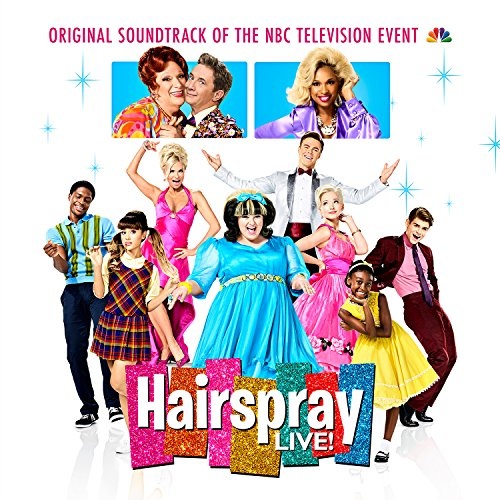 In 1982, cult-favorite filmmaker John Waters enjoyed a commercial breakthrough with Hairspray, the inspiring story of a teenage girl striking a blow for both civil rights and body positivity on a TV dance show in Baltimore, circa 1962. The movie was adapted into a wildly successful Broadway musical in 2002, which was in turn made into a feature film in 2007. The stage musical was brought back to life in 2016 with a new production that was staged as a special live event on NBC television, Hairspray Live! The NBC production starred newcomer Maddie Baillio in the leading role of teenage hair-hopper Tracy Turnblad, with a supporting cast that included Dove Cameron, Harvey Fierstein, Ariana Grande, Jennifer Hudson, Martin Short, Sean Hayes, and Andrea Martin. Within days of the broadcast, an original cast album was released for Hairspray Live!, preserving the performances from this unique staging of a modern musical favorite.