Having parted company with Simon Cowell's Syco label earlier in the year, apparently due to "feeling unloved" by the X Factor mogul, Irish boy band Westlife appeared poised to enter a new chapter in their 12-year career. But just six months on, and to the complete apathy of all but their hardcore fan base, their famous stools will now be stored away for good, with the announcement that this second Greatest Hits collection will be their last ever release. Whatever you think about their covers-heavy output, it's difficult not to admire the fact that they've lasted so long in the first place, easily bypassing the usual "three studio albums, best-of, then out" career path of their contemporaries, and scoring an unprecedented 14 U.K. number ones in the process, more than twice as many as their forefathers Boyzone. But as this 18-track collection shows, their music only very rarely felt worthy of achieving such undeniably impressive chart success. Compiled in chronological order, this more up-to-date follow-up to 2002's Unbreakable: The Greatest Hits reveals that they were much more palatable at the start of their career. "Flying Without Wings" and "Swear It Again" may be drowned in schmaltz but they're both well-produced ballads, while "If I Let You Go" is a fine piece of Backstreet Boys-inspired pop. But following their record-breaking six consecutive number ones, they became a parody of themselves, sticking rigidly to either karaoke covers of housewife favorites such as Barry Manilow's "Mandy" and Phil Collins' "Against All Odds" (the latter a duet with Mariah Carey that surpasses even Glitter as the nadir of her career), uninspiring note-for-note renditions of lesser-known hits they could slyly pass off as their own (Daughtry's "What About Now," Secret Garden's "You Raise Me Up"), and bland identikit original ballads ("Queen of My Heart," "My Love"), all of which were responsible for their "stand up for the key change" reputation. Indeed, the early Ronan Keating-esque "World of Our Own" (by far their best single) and their straightforward version of Billy Joel's "Uptown Girl" are the only tracks that move into third gear, with their other rare ventures into uptempo territory ("Bop Bop Baby," "Hey Whatever," "When You're Looking Like That") restricted to an appearance on the deluxe edition (which also features four number ones that are omitted here). The four new numbers, all original compositions, suggest that the bandmembers were tired of their well-worn formula themselves, but only the anthemic Take That-inspired pop/rock of "Beautiful World" makes any lasting impression. Westlife may have continued to clock up the hits, but they've been all but irrelevant since the mid 2000s, and while this collection contains a few pop gems, it's a samey and uninspiring listen that suggests their split has been well overdue. 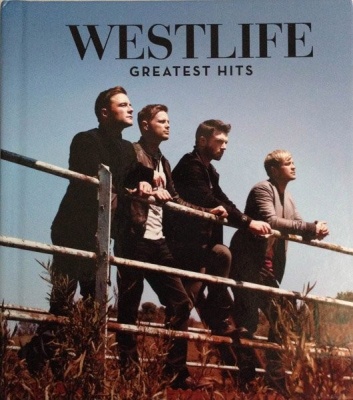