Before it became a top-grossing movie starring John Travolta and Olivia Newton-John (accompanied by a multi-platinum soundtrack album) in 1978, Grease was a 1972 stage musical that briefly became the longest running show in Broadway history. There were several differences between the theater and film versions, not the least of them the interpolation of a batch of new songs -- "Hopelessly Devoted to You," "Sandy," "You're the One That I Want," and "Grease" itself -- that produced a series of pop hits, even though they were inconsistent in musical style and lyrical tone from the rest of the score. In 1993, a West End production found a way to stick those songs into the stage show, but the producers of the 1994 Broadway revival resisted that temptation and still managed to get another 1,503 performances out of the show. Thirteen years later, however, the producers of this second Broadway revival have bowed to the inevitable and adapted the movie score to the stage. Following a brief overture, the cast album launches right into songwriter Barry Gibb's "Grease" (a number one hit for Frankie Valli in 1978). In Christopher Jahnke's orchestration the song has been stripped of some of its disco trappings, but it still sounds nothing like the '50s soundalikes written by Jim Jacobs and Warren Casey for the original score, and has anyone ever wondered what exactly Gibb is talking about in those lyrics? The theme seems to concern issues of self-esteem ("We can be who we are") and individuality ("Conventionality belongs to yesterday"), which perhaps has something to do with what the point of Grease is, or would if the show was as serious as the song, but it isn't, not by a mile. That out of the way, the album settles in to Jacobs and Casey's gently comic send-ups of the '50s. Their tunes are not so much pastiches as outright steals. For example, "Shakin' at the High School Hop" is just Jerry Lee Lewis' "High School Confidential," slightly revised, and "Born to Hand Jive" is basically Johnny Otis' "Willie and the Hand Jive" by another name. Jacobs and Casey have some fun with the '50s high school setting in their lyrics, although not to the point of harsh satire. "My ma will have a heart attack when she catches/Those pedal pushers with the black leather patches," sings Marty (Robyn Hurder) in "Freddy, My Love," "Oh how I wish I had a jacket that matches." This happy, if slightly loopy mood holds until the appearance of "Hopelessly Devoted to You," which still sounds like what it was in 1978, a ballad vehicle for Newton-John written for her by her personal songwriter John Farrar in the style of previous hits like "Have You Never Been Mellow." Laura Osnes, who was chosen to play the lead female role of Sandy on a reality TV show, accentuates the jarring late '70s mood and sound of the song by essentially channeling Newton-John in her rendition. "Sandy" is perhaps the closest of the interpolations to a song that could have been in the original score and, probably not coincidentally, the only one that wasn't a hit. Here, it gives Max Crumm, also chosen on the TV show to play the lead male role of Danny, a showcase. Crumm is at least a better singer than Travolta, which he demonstrates in the rousing "You're the One That I Want," although, again, the song doesn't really fit the show. Of course, at this point, talking about what does or does not fit is really moot. Tourist audiences coming to New York and going to see the 2007 Grease have every right to expect that the songs that were hits in the movie will be sung on-stage, and that they will be sung by the winning contestants from the TV talent show. They will not be disappointed, and there's no reason not to think that Grease can have another healthy run its third time around on Broadway. 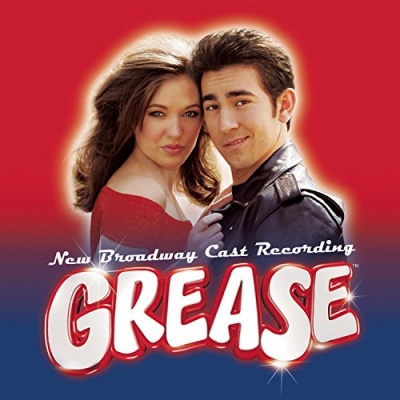